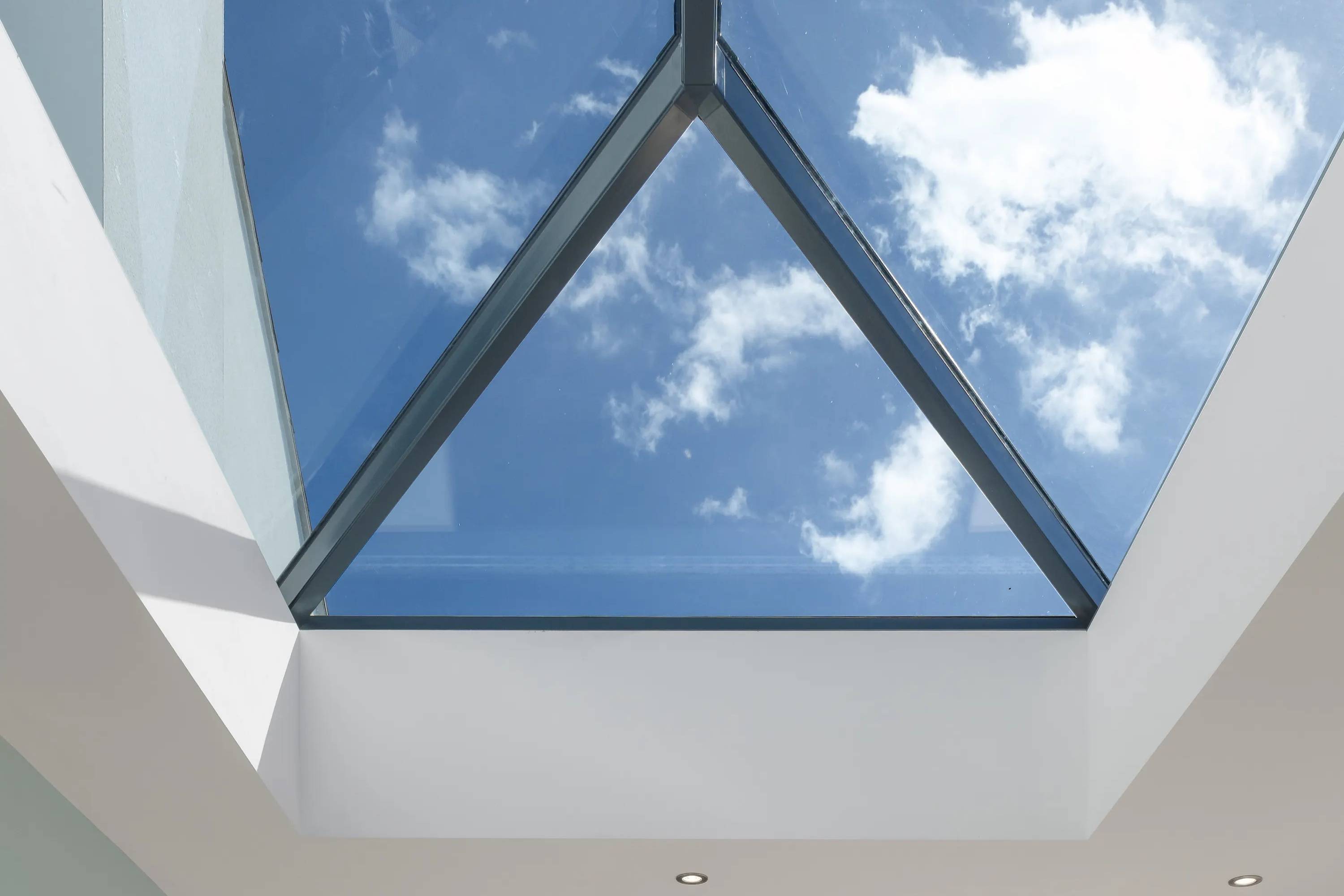 Korniche roof lanterns: Do they leak?

To satisfy your needs, each kind and colour of glass has varied qualities and standards. The glass panels are specifically treated so that any dirt on your roof lantern is rinsed away when it rains. This unique coating will outlast your glazing since it will not be rubbed off by the environment.

You should be aware that if you opt to clean your Korniche roof lantern yourself, you may scratch the coating. As a result, the specific coating required to maintain its self-cleaning characteristics was removed.

What should I do if my roof lantern starts leaking?

If you recently had a roof lantern installed and it appears to be leaking, the Glazing Hub team has identified certain steps you should take to remedy the problem and prevent it from happening again. Read this blog post to learn how to guarantee that you are doing all possible to prevent leaks in your home's roof lantern installation.

If you detect the leak when it is raining, it is most likely due to broken, decaying, or poorly fitted tiles. Improper flashing or siding installation may possibly be at blame, or your window sills may have been damaged. To resolve the issue, you must hire a roofing professional.

It is critical to keep a lantern roof in good condition. We always recommend cleaning and inspecting your roof lantern at least once a season. Unfortunately, you can't just leave your roof lamp alone. It is critical that the proper tests are performed every few weeks. This entails inspecting it for fractures and weathering, as well as thoroughly cleaning it. Rain may leak through minor gaps or sprinkle in from around the edges due to the bending of weaker materials over time.

The risk of detecting a leaking roof lantern naturally rises with age. So, the longer you have the roof lantern installed, the more frequently you will need to clean and inspect it.
Our Korniche roof lanterns are built of aluminium at Glazing Hub since it is the most sturdy and durable material available for withstanding the most severe weather conditions. 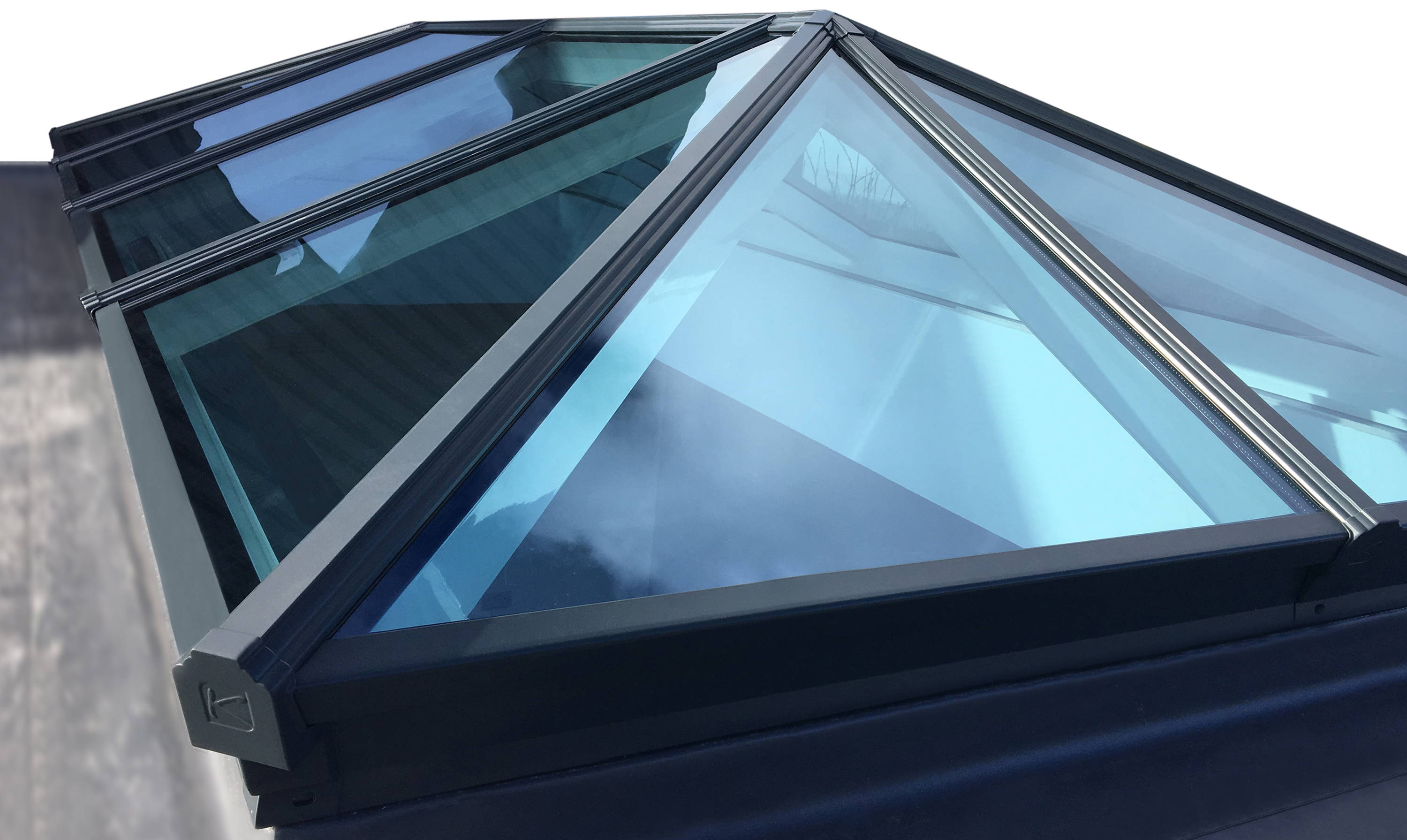 Could your leak simply be condensation?

If you believe you have a leak, there is a good probability it is only condensation. Condensation occurs when the temperature within and outside differs significantly. If you have your heater set relatively high while it is chilly outside, especially in winter, there is a significant likelihood that condensation may flow down from your roof lantern.
Condensation is readily mistaken with a leak, but in order to resolve the issue, you must first determine which of the two is causing water to drop into your house.

If you detect water leaking during dramatic temperature swings rather than when it rains, condensation rather than a leak is most likely to blame.

Excessive moisture is generally initially seen on roof lantern windows, which may seem steamy or coated in water droplets. It is also visible on the walls; look for raised or blistered paint to help you detect it.

If you see condensation on your roof lantern, it is critical that you address the source of the problem. Simply enhancing your home's ventilation and insulation will prevent moisture from leaking from your lantern.

Korniche Roof Lanterns are carefully constructed with increased heat retention and durability to resist all weather situations. Korniche lanterns are made of quality aluminium, the toughest tempered glass, and the most advanced modern production processes, resulting in an amazingly long-lasting roof lantern that will not leak